August is spinal muscular atrophy (SMA) awareness month, and the NMD4C would like to take this time to recognize the work that our members and partners have contributed over the past year. While the network is involved in SMA-related activities year-round, August provides an opportunity to highlight this work and the impact it has on those affected by SMA.

The NMD4C knowledge translation working group invited pediatric neuromuscular clinical experts from across the country to provide feedback and direction in adapting existing consensus statements on gene replacement therapy in SMA to the Canadian context.

You can find more information on the publication here!

Find a list of other publications from NMD4C investigators and collaborators over the last year here as well!

MDC will be recognizing SMA awareness month with a series of infographics, roundtables and webinars! Webinar topics will include SMA physiotherapy, metabolism research updates & SMA, and adult outcome measures for SMA.

Please look out for invitations to these events!

MDC has also been at the forefront of newborn screening for SMA advocacy in Canada. Newborn screening (NBS) gives families the opportunity to make important healthcare decisions from the very beginning and gives every child a chance to realize their developmental potential.

In December 2020, MDC launched a multi-year, multi-phase endeavour to better understand and address barriers for the implementation of NBS for SMA, with the goal of positively influencing policy change to prioritize SMA for inclusion on all existing provincial NBS panels across the country.

On July 21, 2021 MDC announced funding for NBS projects focused on SMA from Alberta, Manitoba and Quebec. These are the first applicants to be awarded funds as part of a collaboration with Novartis Pharmaceuticals Canada Inc. This multi-year initiative will see up to $2 million invested, as well as ongoing support for the generation of critical evidence and best-practices to help make NBS for SMA a national reality.

With Ontario already implementing NBS for SMA, it is great to see the Alberta government has recently announced that they will begin a pilot project screening newborns for SMA.

MDC will continue to work to accelerate NBS for SMA coast-to-coast.

Cure SMA is a patient advocacy organization which funds and directs comprehensive research that drives breakthroughs in treatment and care of SMA, and which provides support for individuals with SMA and their families.

They offer a host of resources and events for anyone who is interested in participating further in SMA awareness month, including organizing a candle lighting to remember those who have passed away from SMA, sharing stories and experiences of those in the SMA community, and tools to spread awareness for SMA both on and off social media.

You can find their list of resources around SMA awareness month here! 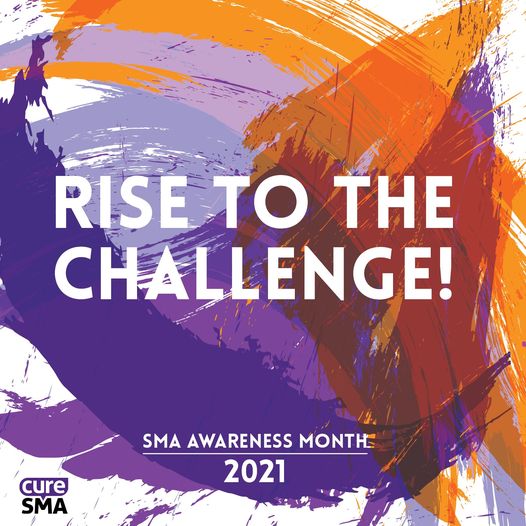 September 7th is World Duchenne Awareness Day. Over the past decades, life expectancy of individuals affected by Duchenne muscular dystrophy (DMD) has increased significantly, and adults with DMD are not…

The Neuromuscular Disease Network for Canada (NMD4C) together with Muscular Dystrophy Canada (MDC) are excited to announce the launch of a funding competition to award two Postdoctoral Fellowships in neuromuscular disease (NMD) research. The fellowship provides salary support for early-career scientists to conduct postdoctoral studies in a laboratory focused on research of NMDs, with successful applicants being eligible to receive up to $40 000 in funding over a one-year period.

The NMD4C is happy to share that two project applications from NMD4C members on oculopharyngeal dystrophy (OPMD) and spinal muscular atrophy (SMA)  have been awarded Canadian Institute of Health Research (CIHR) research grants in their recent round of funding decisions!

The NMD4C in partnership with Muscular Dystrophy Canada (MDC) are excited to share that we will be launching a competition later this year to award funding for two postdoctoral research and two clinical fellowships!